Oshawa has seen several of its former players advance to the Professional ranks whether it be drafted or signed.  The Legionaires are proud of the following former players who have earned this lifelong dream. The connection of Oshawa Baseball and the MLB is strong.

DENZEL CLARKE
A superb outfielder, Denzel Clarke became the most recent Legionaires grad to touch professional baseball when he was drafted by Major League Baseball’s New York Mets. A member of the Canadian U-18 Junior National Team that won bronze at the COPABE U-18 Pan Am Championships in Panama in 2018 ... Helped Team Canada finish fourth at the 2017 WBSC U-18 Baseball World Cup ... Also competed for Team Canada at the 2018 Dominican Summer League Camp ... Named a 2017 Under Armour All-American ... Drafted by the New York Mets in the 36th round of the 2018 MLB First-Year Player Draft. Played for Ken Babcock during his time as a Legionaire in Oshawa. Re-entering the MLB Draft in 2021 he was selected in the fourth round (127th overall) by the Oakland Athletics on day two of the 2021 MLB First-Year Player Draft on Monday. An All-Big West Second Team selection this past season, Clarke is the highest drafted Matador since pitcher Craig Baker was taken in the fourth round by the Colorado Rockies in the 2006 draft. One of seven Big West players to be chosen at the draft through the first 10 rounds, Clarke is the conference's first and only hitter to be drafted.

The former Legioniare impressed with his bat and glove this past season for the Matadors. Clarke started 38 games in center field where he finished batting .324 with a career-high 46 hits, 30 runs, 26 walks, 25 RBI, 11 doubles and eight home runs. He ranked fourth in the Big West Conference in stolen bases (15), seventh in slugging percentage (.570), eighth in home runs and on-base percentage (.445) and ninth in walks.

SCOTT MANN
Scott  Mann became the third Legionaires grad to touch professional baseball when he was signed by Major League Baseball’s  Montreal Expos as an outfielder after graduating from Oshawa Minor Baseball.

Baseball has taken Scott to four continents at the amateur and professional levels. An Oshawa native, Scott got his start in softball with Kingside Park before advancing through the Oshawa Legion Minor Baseball Association.  As a Junior Legionaire, he caught the eye of U.S. College, Canadian Provincial and Canadian National Team scouts.  Scott accepted scholarships at Alvin College in Texas for two years and Indiana State for two years, playing in the 1983 and 1984 National College Athletic Association World Series.  He also played with the 1981 Provincial Team, winning a gold medal at the Canada Games, and four years with the Canadian National Team (1981 to 1984).

With Team Canada, Scott won a gold medal at the International Tournament in the Netherlands, played in Intercontinental Cups in Edmonton and Belgium, the World Cup in Seoul, South Korea, the Pan American Games in Caracas, Venezuela, and the 1984 Summer Olympics in Los Angeles.  Following the Olympics, Scott signed with the Montreal Expos organization and played four seasons professionally.

After a trade and short stint with the St. Louis Cardinals organization, he retired to settle in Indiana with his wife Tracy and son Jay. Scott was further honoured in 2000 by his selection to Oshawa's Baseball Teams of the 70's and the Century as a right fielder.

ANDY STEWART
Stewart began in the Oshawa Minor Baseball System with the Oshawa Legion Junior Legionaires as well as high school ball with the Eastdale Eagles. Following his minor playing days, the Oshawa native joined the National Junior Program playing for Canada in the 1988 World Junior Championships in Sydney, Australia. Catching the eyes of the professional scouts Andy signed as a free agent with the Kansas City Royals where he spent nine seasons in their system. Stewart reaching his dream of playing major league baseball when he was called up by the Royals in 1997 doubling in his first big league at bat.

Following one season in the Philadelphia Philies minor system Andy returned to the Canadian National Program playing in the 1999 Pan American Games in Winnipeg. He led his team to a bronze medal hitting .452 with 4 home runs, 15 RBI's and begin named Canada's MVP.

Andy spent the next two (2) seasons with the Toronto Blue Jays as their bullpen coach before getting the opportunity to manage the Pittsburgh Pirates minor league affiliate Williamsport Crosscutters. In his second season there he led the Crosscutters to the New York Penn League Championship.

The itch to play lured Andy back one more time when he was asked to play for Canada's Olympic Team in the 2004 Summer Games in Athens, Greece. Again, Andy led his team in hitting with a .417 batting average helping Canada to a fourth place finish.

As Oshawa's only native son and ball player to perform in Major League Baseball, Andy has earned the honour of induction into the Oshawa Sports Hall of Fame

CHRIS KEMLO
The New York Yankees selected right handed pitcher Chris Kemlo in the 34th round of the 2001 amateur draft.  Kemlo was drafted straight out of junior college at the age of only 19 years old after playing ball in Oshawa.. After playing a full year with the Santa Fe Saints, where he pitched beautifully, he was signed by Yankee scout Dick Groch who has signed players in the past such as Drew Henson and Derek Jeter.

The talented centerfielder became the first former Oshawa Legionaire to sign with MLB's Chicago Cubs. Spent time with the Geneva Cubs Low A level in the early 1990's

LEE DELFINO
Former Legionaires shortstop Lee Delfino was drafted by the Toronto Blue Jays in the 5th round of the 1998 MLB amateur draft. He was their third pick of the draft that year. He was the only player they selected in the top 10 rounds who did not sign, going on to college at East Carolina. The Blue Jays again drafted Delfino, this time in the 6th round of the 2011 MLB Amateur draft. He played played five seasons of pro ball in the minor leagues in the Jays organization. Delfino hit .444 and slugged 1.056 with 10 runs and 10 RBI in the 1997 World Junior Championship to help Canada win a Bronze Medal. As a freshman at East Carolina University in 1999, Delfino hit .317 with 12 homers to earn second-team Freshman All-American honors by Baseball America, behind first-teamer Jeff Keppinger at shortstop. While Canada sent a mostly-pro squad to the 1999 Pan American Games (including fellow Legionaires grad Andy Stewart on that team), they included the young Delfino as their shortstop. Delfino hit .348 in the event, during which Canada was the only unbeaten team in round one before falling to Cuba in the semi-finals. They won Bronze, Canada's first Medal ever at a major international event.  Delfino later played for Canada in the 2001 Baseball World Cup and the 2005 Baseball World Cup.

TED STONE
Signed a professional contract with the Boston Red Sox in 1953. Second Oshawa player on record to sign with a big league team. He was then assigned to the Corning Red Sox of the Class A Pony League where he went 10-3 that season. In 1954, he was promoted to the Greensboro Patriots of the Class B Carolina League. While there, he pitched a no-hitter and went 12-4. With this terrific success, the Oshawa native was promoted to the Albany Red Sox of the Class A Eastern League in 1955 where he went 24-9 over a two year span ending in 1957. That following year he turned down a two year contract offer from the Red Sox organization and later returned home to Oshawa where he went on to play semi-pro for the Oshawa Merchants.

GEORGE BRABIN
George became the first Oshawa baseball grad to sign a Professional contract when he signed with the Brooklyn Dodgers in 1952.   He played with their Florida State League affiliate Cocoa Beach Indians.   Later he won Ontario Baseball Championships with Oshawa McCallum Transporters and Whitby Larry B.A.'s.  In 2000 he was selected to Oshawa's Baseball Team of the 1950's & the Team of the Century as a left fielder.

JOHN RYAN
John became the first Oshawa native to play baseball in the International League, the highest calibre of baseball outside the major leagues, when he joined Syracuse in 1964. He later played for Rochester and Toronto of the International circuit.  Ryan won a Silver Glove Award in 1967 as the best fielding third baseman in the league. He also won Toronto\'s MVP award that season.  Ryan turned professional in 1959 with the Detroit Tigers, and was an all-star while playing minor league ball in Decatur, Illinois; Duluth, Minnesota and Knoxville, Tennessee.  He also won the TOPPS all-star third baseman award for the International League, American Association and Pacific Coast League in 1967.  Ryan, who graduated from Oshawa Collegiate, played for the 1955 Ontario champion Oshawa Legion Midgets and the 1957 Ontario Juvenile A Champion McCallum Transporters.  He attended Michigan State University earning Bachelor of Arts and Masters degrees, and later joined the University of Jacksonville as a coach.

Scout for the Montreal Expos

Scout for the New York Yankees and the Milwaukee Brewers.

Scout for the Kansas City Royals.

Note: We endeavour to have all of our info as accurate as we know it, based on files and historical info we have access to, however if you know of a former Oshawa Legioniares player, coach or scout that was signed, drafted or played pro in the MLB, please e-mail us with all the details and numbers at info@baseballoshawa.com

Denzel Clarke - Drafted 4th Round 2021 by the Oakland A's 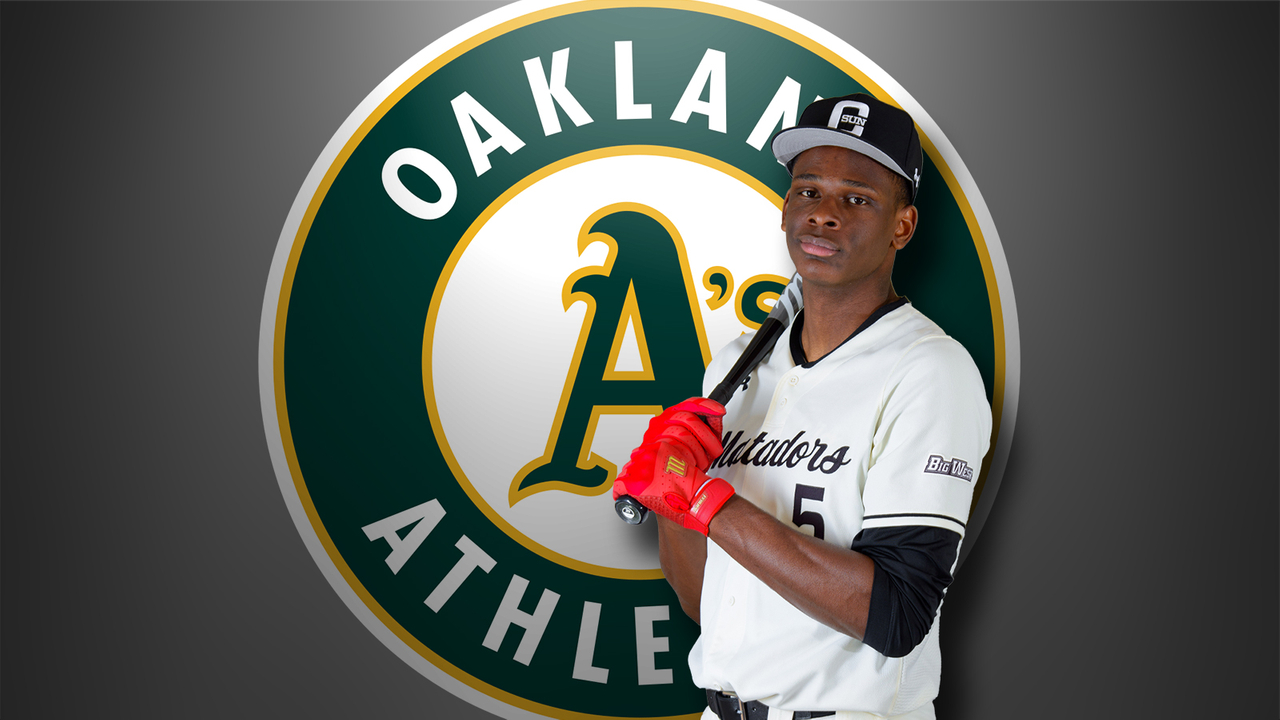 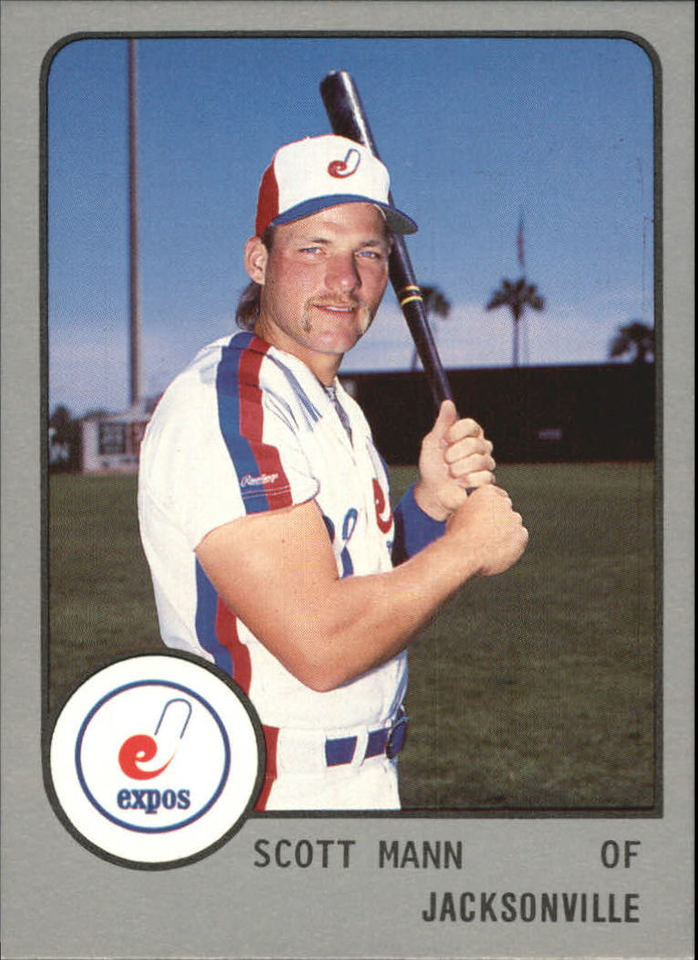 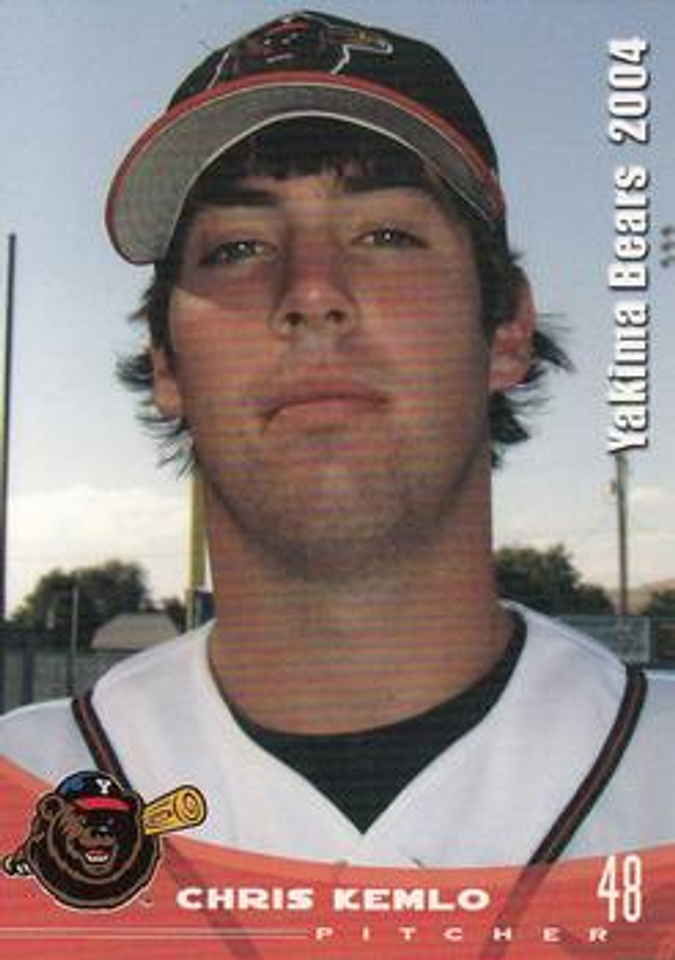 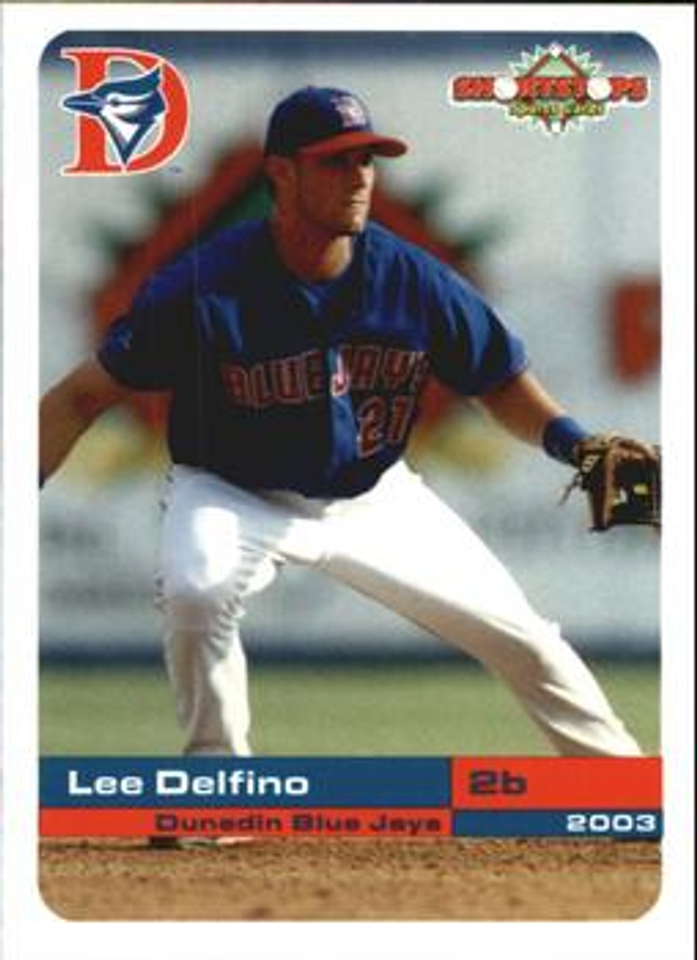 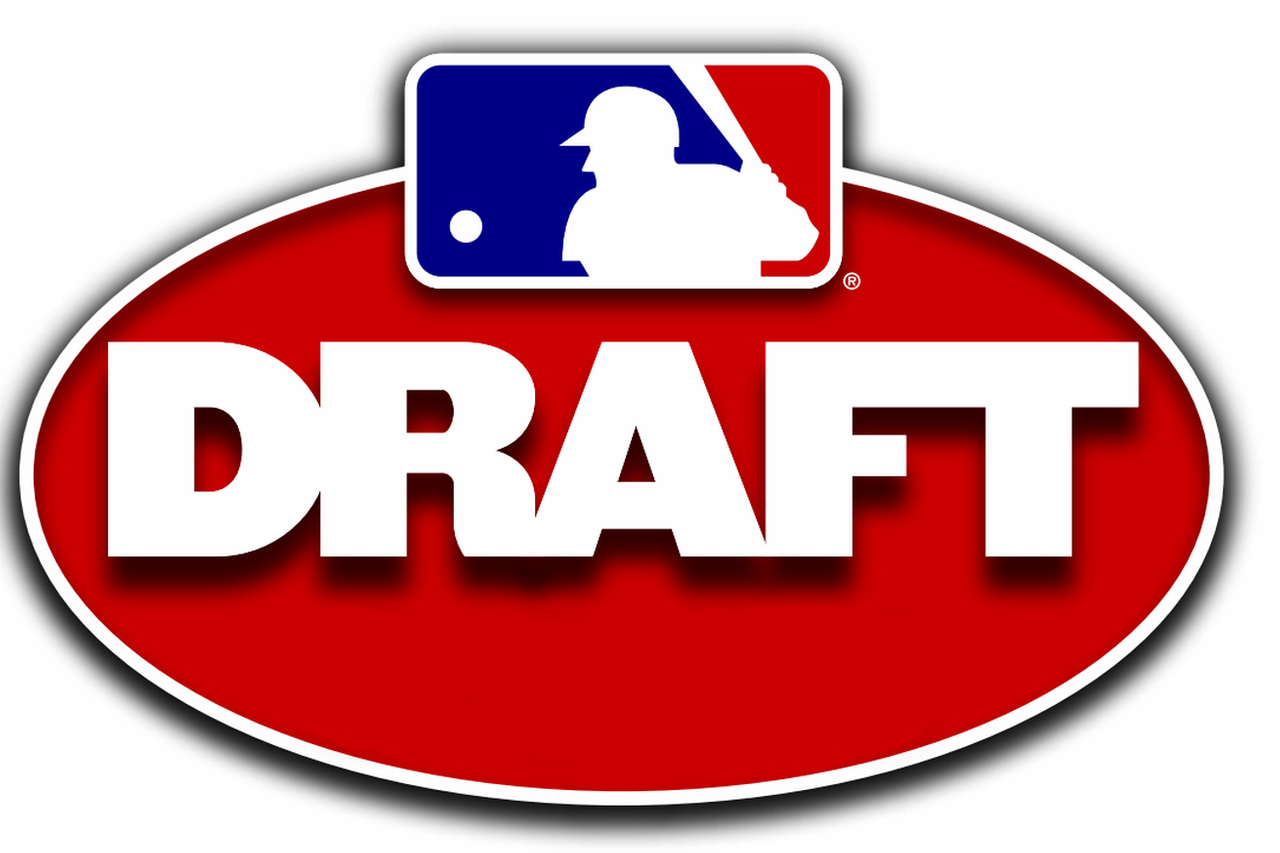