LEE DELFINO
Former Legionaires shortstop Lee Delfino  hit .444 and slugged 1.056 with 10 runs and 10 RBI in the 1997 World Junior Championship to help Canada win a Bronze Medal.  While Canada sent a mostly-pro squad to the 1999 Pan American Games (including fellow Legionaires grad Andy Stewart on that team), they included the young Delfino as their shortstop. Delfino hit .348 in the event, during which Canada was the only unbeaten team in round one before falling to Cuba in the semi-finals. They won Bronze, Canada's first Medal ever at a major international event.  Delfino later played for Canada in the 2001 Baseball World Cup and the 2005 Baseball World Cup.

ANDY STEWART
Andy Stewart (catcher) was a major part of Team Canada that captured the Bronze Medal at the 1999 Pan American Games, slamming two key homeruns and leading the team in batting. He was also part of Canada's 2004 Olympic Baseball Team in Athens, Greece, where he batted .416 after a four year layoff coaching in the Toronto Blue Jays and Pittsburgh Pirates organizations.

During his amateur playing days, Kemlo was a member of Team Canada Junior National Team, Team Ontario and the Oshawa Legionaires. The 6-foot-5 right-handed pitcher attended Santa Fe CC in Gainesville, FL, and was drafted by the New York Yankees in the 34th round in 2001. Kemlo played in both the Yankees and Diamondbacks MLB organizations. Kemlo also played independent baseball in Quebec and Edmonton.

DENZEL CLARKE
Denzel (Outfielder) spent two years as a member of the National Junior team before heading to play college ball at Cal State Northridge NCAA D1.  A member of the Canadian U-18 Junior National Team that won bronze at the COPABE U-18 Pan Am Championships in Panama in 2018 ... Helped Team Canada finish fourth at the 2017 WBSC U-18 Baseball World Cup ... Also competed for Team Canada at the 2018 Dominican Summer League Camp.

Zach,  a RHP,  was a member of the Canadian U-18 Junior National Team that won bronze at the COPABE U-18 Pan Am Championships in Panama in 2018.  He went on to gain a scholarship to play for Sacramento State University, NCAA D1 in California.

Note: We endeavour to have all of our info as accurate as we know it, based on files and historical info we have access to, however if you know of someone that played for the Oshawa Legionaires organization and also went on to play for Team Canada either Junior or the National team, please e-mail us at info@baseballoshawa.com 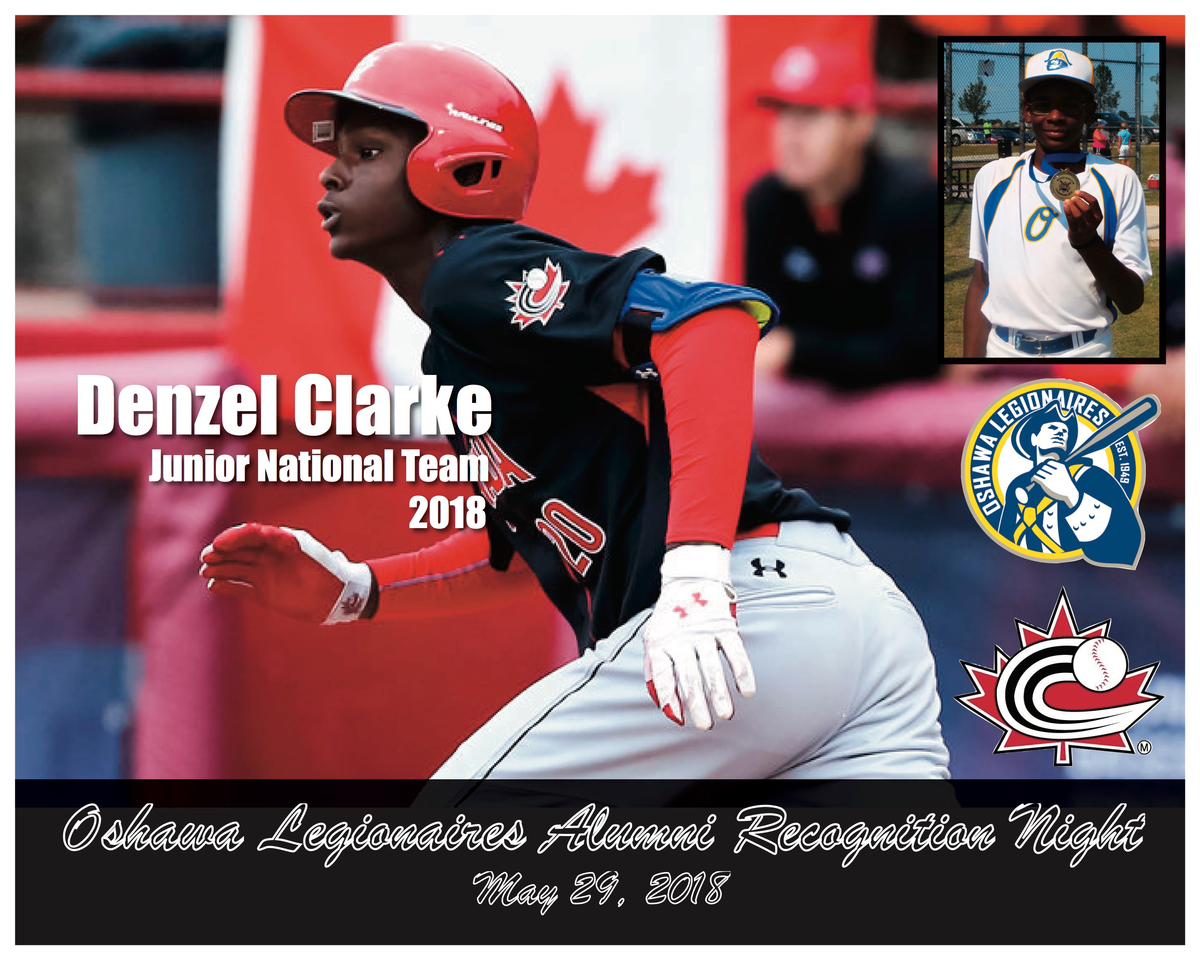 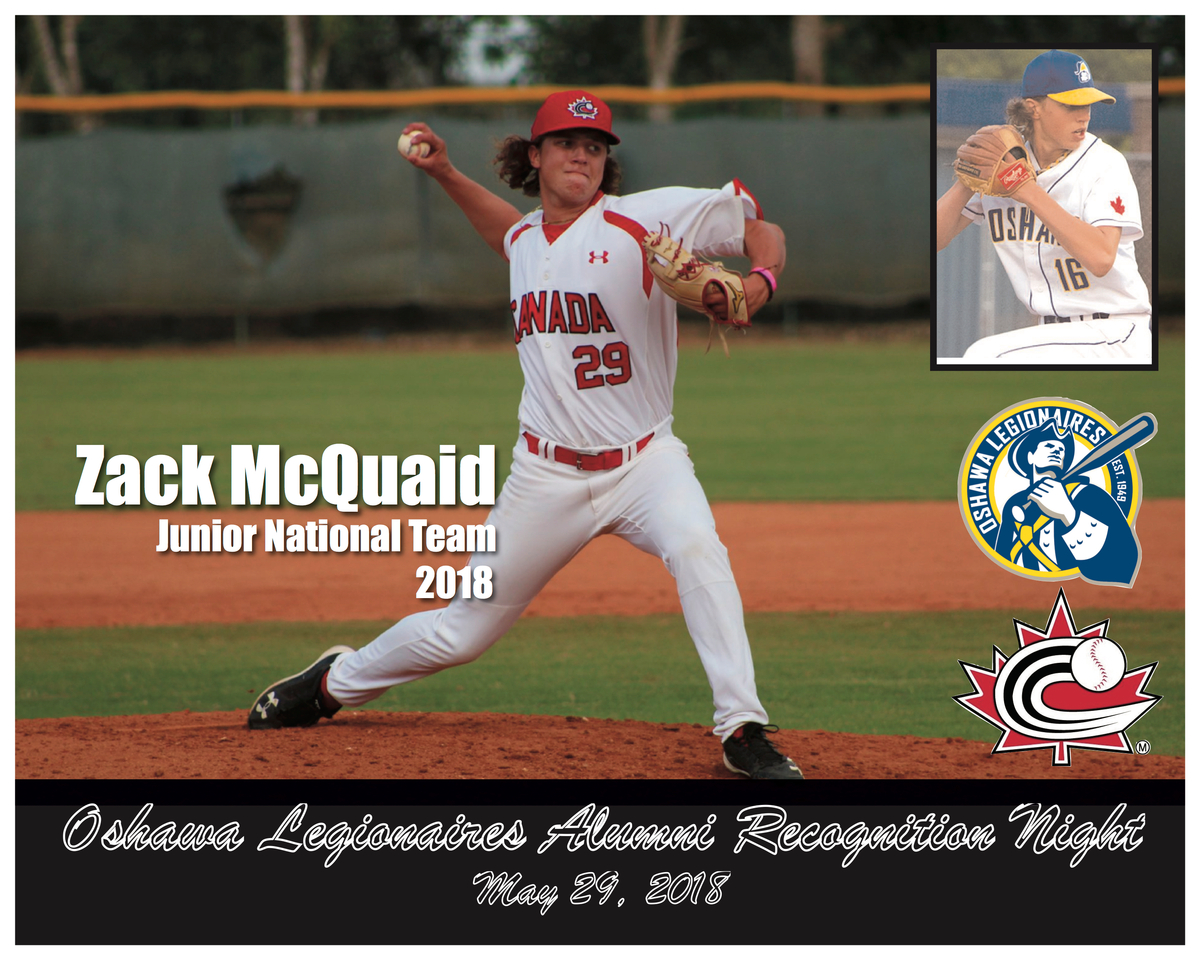 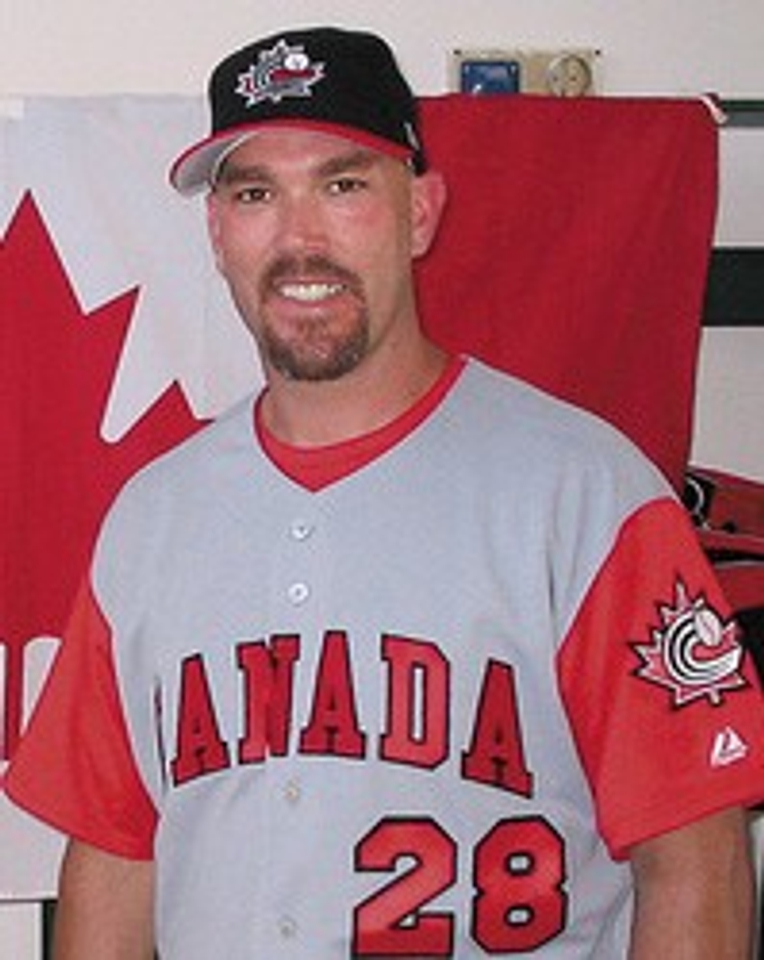 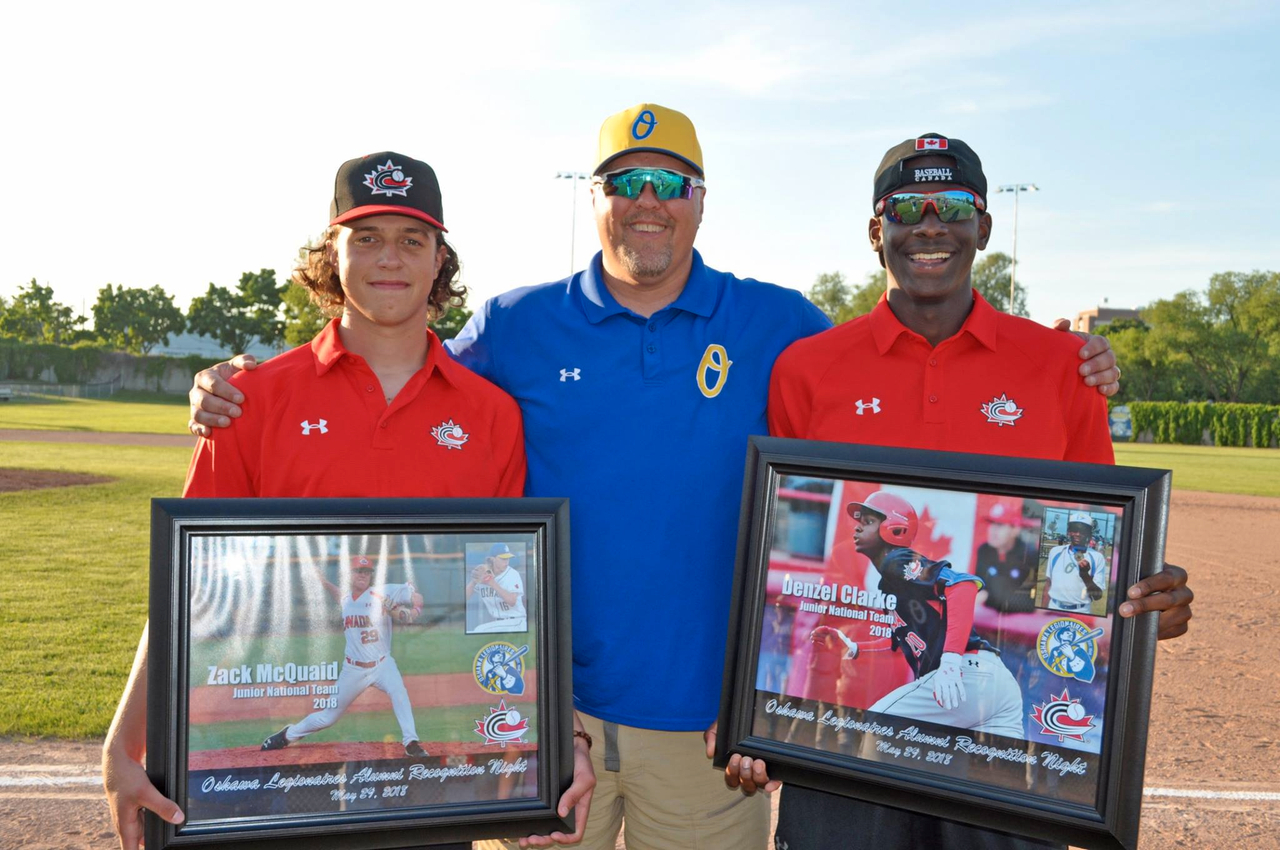